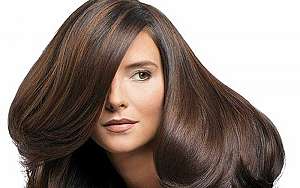 8 Ways to Make Your Hair Thicker 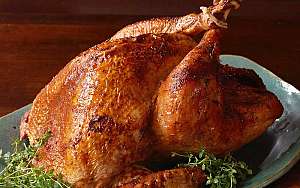 7 Secrets To Cooking a Perfect Turkey

Why You Should Be Breastfeeding Your Baby

Breastfeeding provides your baby with an exceptional amount of nutrition and disease fighting agents. The benefits of breastfeeding go beyond your baby, in fact Doctors recommend breastfeeding because there are health benefits for the mom as well. An overwhelming number of studies from around the globe all suggest that babies who are breastfed have a lower percentage of stomach viruses, lower respiratory illnesses, ear infections, and meningitis.

Women who breastfeed have reported feeling more relaxed and calm. In fact, the percentage of women who suffer from postpartum depression is higher in women who do not breastfeed than the ones that do. There is a scientific reason for this. When you breastfeed your baby, your body releases a hormone called oxytocin. The main benefit of oxytocin is that it help you to relax. Another great benefit of oxytocin is that is helps contract your uterus after birth which has been shown to reduce vaginal bleeding caused by the birth.

Breastfeeding May Lower Risk of SIDS

SIDS or Sudden Infant Death Syndrome is frightening. Each year 2,500 infants die because of SIDS. Infants are vulnerable to SIDS from 1 month to 1 year. A German study was conducted which concluded that breastfeeding alone reduces the risk of SIDS by 50%. Because of this the U.S. Centers for Disease Control and Prevention recommends breastfeeding for as long as possible.

The Mother Child Bond Will Be Stronger

Women who breastfeed their children have reported a stronger bond with their babies. The time between the mother and infant is crucial for the first three month of development. Researchers have found that the development of the babies mind for the first three months can ultimately shape their personality. Breastfeeding is a bonding experience between you and your baby.

Breastfeeding Protects Your Child From Being Obese

Much research has been done on the link between breastfeeding and childhood obesity. The numbers don’t lie. Children that are breastfed are at a much lower risk of becoming obese later in life.

Breast mild has a higher biological value than formula. This means it can be easier to digest and absorb the nutrients. Although there are some very good formulas containing pre-digested proteins, none of them are the equivalent of human breast milk.

Breast milk contains a substance called secretory IgA which is exclusive to breast milk alone. It is believed that secretory IgA provides a layer of protection in the baby’s intestinal tract. Without this protection the baby’s intestine may become inflamed from undigested proteins and sugars causing allergic reactions and other intestinal issues. These types of issues may lead to long term digestive disorders.

There was a study performed on over 15,000 infants that were followed from birth to 6 ½ years of age. The researchers wanted to know if there was a direct link between breastfeeding and cognitive development. The results of the study were interesting. Researchers found that babies who were exclusively breastfed on average had a higher IQ than babies who were fed formula.

Breastfeeding Protects Your Baby From Illness

Breast milk contains antibodies that can protect your baby from several illnesses. Studies from around the globe have all shown that babies who were breastfed have a lower risk of developing stomach viruses, ear infections, respiratory illnesses and meningitis.

Exclusive breastfeeding (breast milk alone, no water, formula or solid food) has been shown to be very beneficial. It makes sense that nature would provide the best source of nutrition. Everything a baby needs is in breast milk. Although there are those who may disagree and prefer formula, the science is behind breastfeeding.

13 At Home Exercises To Get Sexy Summer Legs