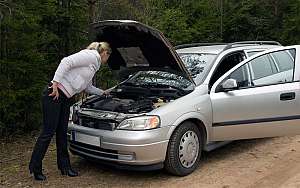 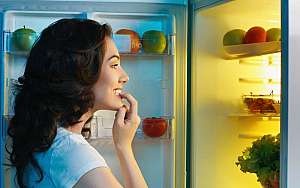 7 Common Food Cravings and What They Mean

Lets face it. Aging sucks. But this group of celebrities quit frankly are embarrassing Father Time.. They have managed not only to maintain their looks, but actually get more attractive as they get older.

It's really hard to believe Tom Selleck is now over 70 years old. He still could easily pass for 50. Maybe the secret is in his mustache.

Check out his 'Jessie Stone' series on Netflix. Not only is this a great crime story, but he doesn't look a day over 40.

Famke is getting hotter as the years pass. We would love to know her secrets. Maybe it's just a Dutch thing.

Mario Lopez must have magic in his DNA because I swear he hasn't aged a day in the last 20 years. He actually looks better today than he did when he was on 'Saved By The Bell'. It's not just his youthful face. Mario Lopez has a body that puts most fitness athletes to shame. It's amazing he has been able to be so strict with his diet and routine after all these years.

See for yourself. This is a clip of a 'Saved By The Bell' reunion on the Tonight Show. Mario Lopez is the only one that looks like his old self from 20 years ago.

Lets face it. Demi Moore is hot and you fellas at some point probably had a crush on her growing up. Her beauty is timeless and she is just as gorgeous today as she was 20 years ago. Maybe a lot of it has to do with her raspy voice, or just the fact she has an amazing complexion and has been able to keep her body in top condition for so many years.

Willard Carroll "Will" Smith, Jr. is an American actor, producer, and rapper. He has enjoyed success in television, film, and music. Newsweek called him the most powerful actor in Hollywood, but we like to call him one of the most youthful actors in Hollywood.

Valerie Bertinelli just has a magical look to her. One thing is certain, as the years have passed, it hasn't affected her sex appeal at all.

Everytime I see a new Tom Cruise movie I'm amazed at how youthful his skin looks. Plus he still has a full head of dark rich hair. Some actors are just blessed with great genetics.

Christie Brinkley could pass for a 35 year old. What the hell! I want to know how she does it.

Rob Lowe is flat out defying nature. He is getting better looking as the years pass. Maybe it's his chiseled jaw line, or the fact he hasn't gained a pound in the last 20 years. For being 50+ years old, he looks pretty darn perfect to me.

Celine Dion is approaching 50 and still has the body of a 30 year old. Not only does she have a beautiful voice, but she has the body to go with it.

Kevin Bacon is a legit bad ass who seems to laugh at Father Time. His looks haven't really degraded at all in the last 20 years.

Madonna is the master at keeping young. Now approaching 60 years of age, Madonna still has the ability to make young men turn their heads in excitement. She credits her youthful body to a healthy diet and Yoga.

Perhaps there is none in Hollywood as impressive as Sandra Bullock. Now over 50, Sandra appears as youthful as ever before. Sandra is blessed with great genes.

4 Ways to Increase Your Chances of Conceiving a Baby Girl